Our delivery from Siren SeaSA this time around was crab. Not a whole, cooked crab like last time, but just fresh crabmeat (even better – less work, more crab!).

There was plenty of crabmeat in our delivery, enough for a couple of meals. I had avocado crab salad on the brain, but instead we decided to do something kind of different – a savory concoction of grits, bacon, tomato and leeks, topped with an egg and baked.

The grits are somewhat involved, and they’re more like a mixture of vegetables and flavorings with a few grits added in. They’re good, though. After they’re cooked, crabmeat and tarragon is folded into the mixture and then it’s topped with an egg and baked.

The recipe has one obvious error – it says to cook the egg for 30-40 minutes at 400 degrees. In reality, it will take more like 10 minutes or so to get the whites cooked. We liked this but didn’t love it. The crab is overpowered by all the other stuff in the dish, and I tend to like my grits more on the plain side. 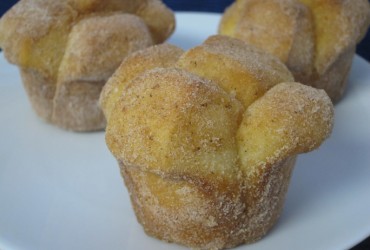