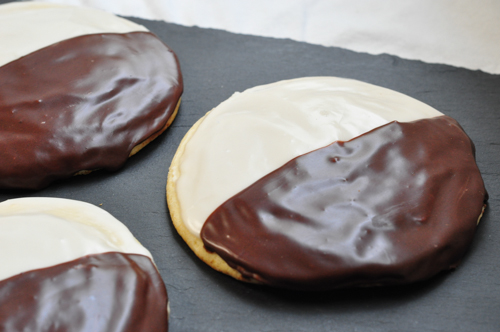 Black and white cookies aren’t something we see on the West coast. I’ve only had them in New York, and only at William Greenberg desserts – so that’s my only point of reference.

Now that I think of it, I don’t understand why there aren’t black and whites at bakeries here in California. It’s not like there are special ingredients required that are only available in New York. Maybe we just don’t get them. They’re not exactly normal cookies – the texture is like a cross between cake and cookie, and they don’t quite taste like anything familiar. There aren’t chunks of anything, and there’s frosting. And they’re kind of huge.

I’ve been wanting to make my own black and whites, and Stella‘s post and recipe was just the catalyst I needed.

Her recipe is terrific – no surprise. They’re not too sweet, and they have a light, airy texture. I followed her recipe to the letter, including the leaf lard (do it – no regrets), but I added a bit of flora di scilia to my white frosting. Supposedly traditional in black and whites, it’s kind of floral and kind of citrus. I don’t know why I had it, but I wasn’t about to let it sit on the shelf.

The other change I’ll make the next time I make these is to pipe out smaller cookies. William Greenberg sells minis, and they’re just the perfect size. 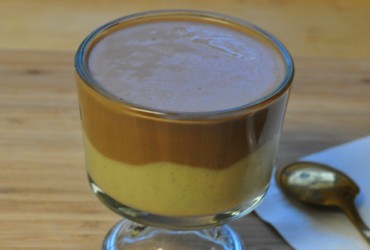 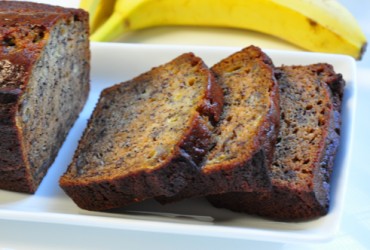