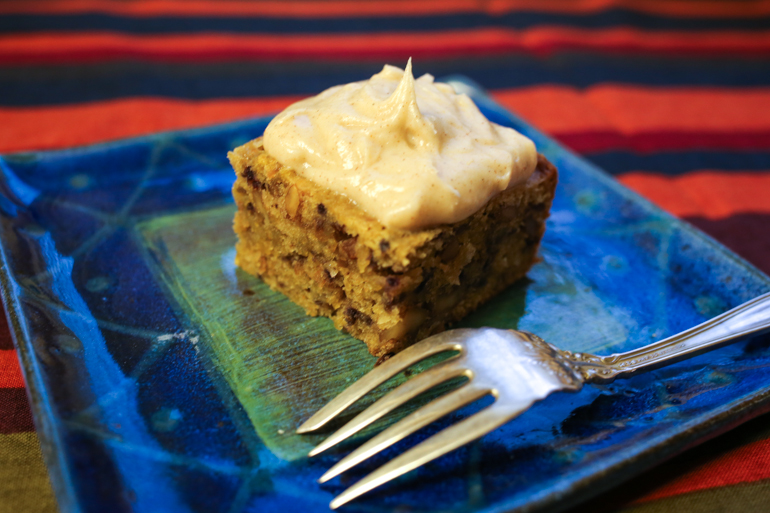 The cake is fairly standard, with the exception of some vegetable oil and melted butter instead of the typical sticks of butter. There’s also a secret ingredient – toasted shredded coconut that’s mixed in with the batter. I kept that part a secret from Larry, who is no fan of shredded coconut.

I had mostly purple carrots on hand, and I kind of like the purple flecks dispersed throughout the cake. I grated half the carrots very finely on a microplane, then did the rest using the fine shredder disc on the food processor (much, much faster). I think next time I’ll just do them all in the food processor.

I like that this is a snack cake, rather than a layer cake. It’s humble and rustic, but pretty darn good (for carrot cake). The fact that raisins are absent from this recipe is a plus, as is the addition of cinnamon to the cream cheese. I’ll be making this one again. 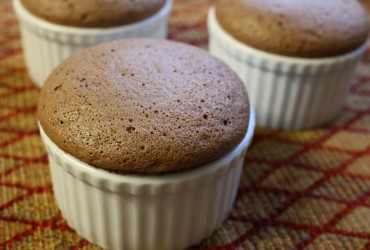 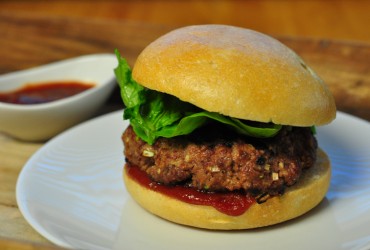