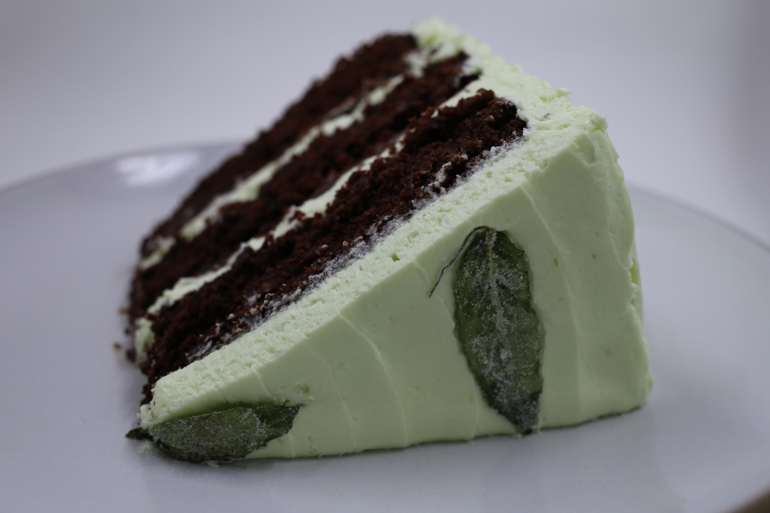 It’s been a while since I’ve tacked a Baked three-layer cake. They’re generally all really great and follow a fairly similar template – three 8″ cakes, the Baked buttercream with some sort of flavoring. This grasshopper cake is no different, but does include an added component of chocolate-mint ganache in between each layer (not complaining).

The chocolate cake is good on its own – moist and über-chocolatey. The buttercream never ever fails me, and because it starts with a base of cooked sugar, flour, milk and cream, which makes it really stable and easy to work with. I love the gentle minty flavor of the buttercream for this cake.

This dessert reminds me of an After Eight candy in cake form. I was surprised that Larry liked it because he’s usually not one for mint, but it’s pretty delicious and not in-your-face minty. I topped my cake with some candied mint leaves, which I could pretty much just eat by the handful. 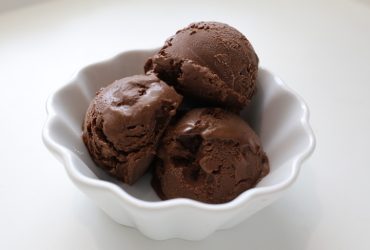 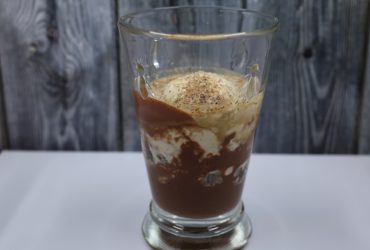