Back to Whole Grain Baking again for some cinnamon biscotti. The only biscotti I’ve ever made to this point have been vegan. The dough for the non-vegan biscotti is a little more firm and doesn’t spread out as much. Otherwise, the process is about the same and I can’t really tell the difference in flavor or texture between the vegan and the non-vegan version. Larry loves these though, heavily infused with cinnamon and topped with cinnamon sugar. The third incarnation of the cinnamon is in the form of cinnamon chips, although I find them kind of flavorless on their own and I wonder how much they actually add to these. 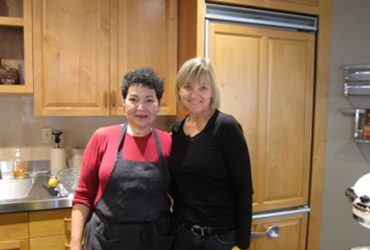