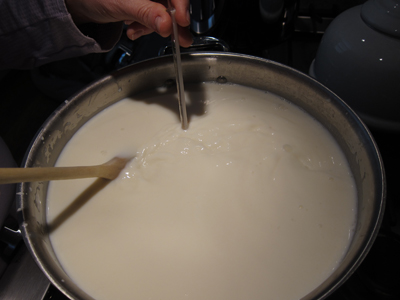 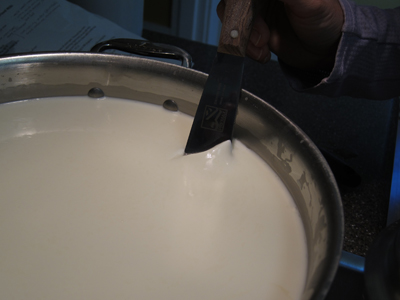 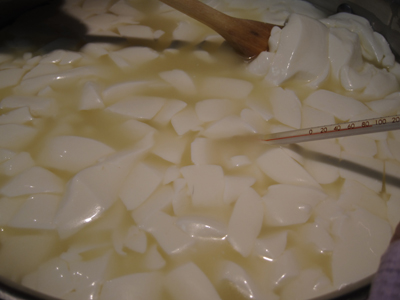 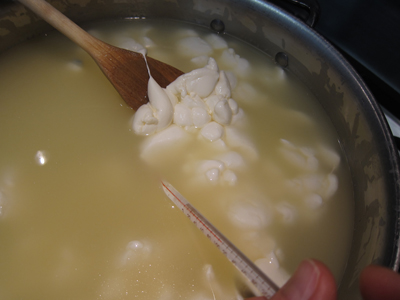 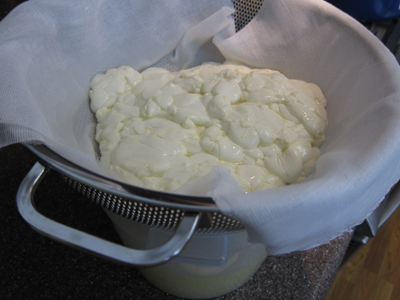 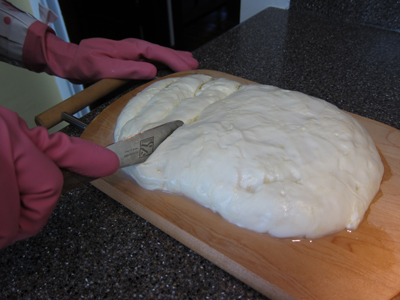 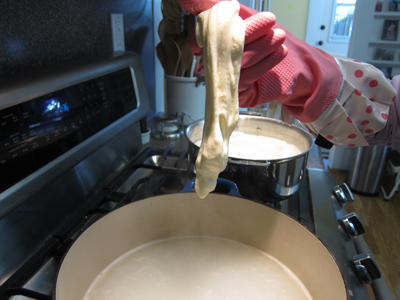 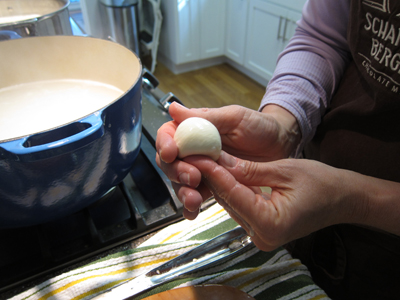 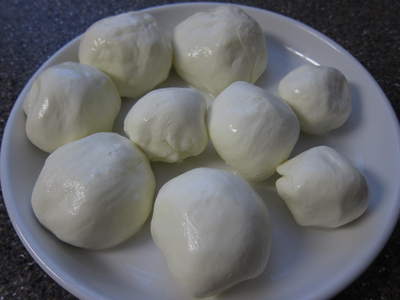 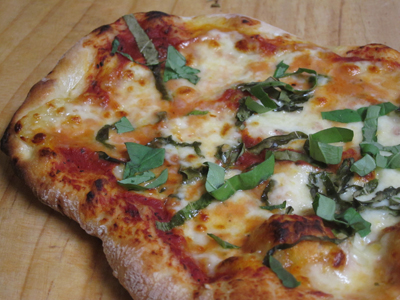 I recently took an excellent mozzarella-making class at Workshop, taught by Nicole Kramer Easterday of FARMcurious. I’ve made ricotta at home (it’s surprisingly easy), but mozzarella has always scared me a little. This short class was a perfect introduction – mozzarella is finicky to make, but it’s not complicated and doesn’t take long at all (we left class with cheese in hand).

If you can get raw milk, it makes the process much easier. Otherwise, use milk that’s local and made on a smaller scale, not homogenized and not ultra-pasturized. It was pretty interesting to see the differences in four separate batches of cheese made during class. They definitely didn’t progress the same, or even look the same until they were formed into the balls at the end. This is generally due to inconsistency with milk processing (which is why raw milk works best).

One of the downsides of making mozzarella at home is having so much leftover whey. It seems like a waste – but don’t throw it away! It can be cooked down into a caramel-like Norwegian cheese called Gjetost. It can also be added to soups and used to make stock. I like the idea of adding it to pureed squash soups as a way to add protein and body.

My favorite part of making the cheese was the stretching and forming into balls. It’s dipped into hot water (thus the rubber gloves) until it’s stretchy. The stretching is passive, using gravity and the cheese’s own weight to string out before it’s formed into smooth balls, just as you would form bread dough into a round loaf. The cheese is absolutely delicious, fresh and creamy.

We used a vegetable rennet in tablet form. A kit that includes just about everything you need outside of the milk makes things easier – find them at FARMcurious. And for a simple recipe and more description of how mozzarella is made, take a look at The Whiskey Chicken.