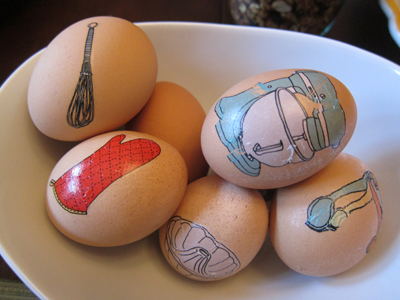 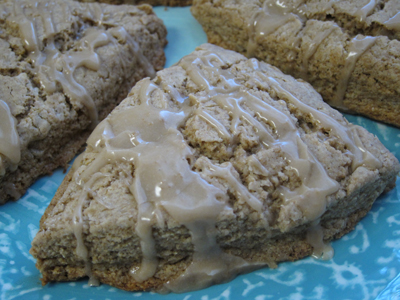 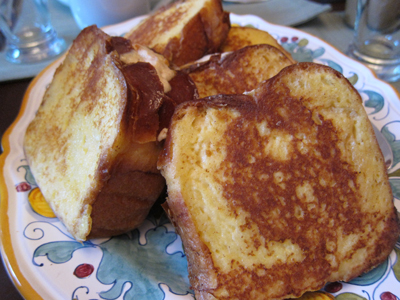 We’re not the type of people to stick hard to tradition. And neither one of us has family close and we don’t like to travel during the holidays, so we usually spend them with friends. I grew up in a Catholic family where tradition was what made everything right in the world. Year after year, we did the same thing for every holiday.

As an adult we’ve held Easter brunch on occasion, as we did this year. I love brunch parties – Easter is really just an excuse to have one, and every time we have one I wonder why we don’t do it more often. By necessity (unless I want to get up at 3am), most of the work needs to be done ahead of time, so there’s minimal preparation in the morning. And there’s no late-night cleanup (or next morning cleanup) – once it’s over, the rest of the afternoon is yours to enjoy.

Our semi-regular Christmas neighborhood group came over again this year for brunch – Dan, Assana, Chris. I love cooking for this group. It’s great company, it’s casual and no pressure, and just a lot of fun. We all talk at once, there’s a lot of laughter and inappropriate conversation and teasing. It’s family.

We started with a rich, chocolatey hot chocolate (it’s like liquid pudding!) for Dan and I, and the rest of the group drank hot tea. Chris brought a refreshing fruit salad with mint, and I made bacon and scones and stuffed French toast.

The scones are whole grain. They’re not heavy at all and maple is a good match for the earthy mix of grains. I made maple cream to smear on the scones by heating maple syrup until it was concentrated and the water had boiled off of it, then mixing it (by hand at first, until I gave up and went with the stand mixer) until it turns thick and opaque. It’s delicious, the essence of maple. And amazing that it’s just syrup that’s been heated and beaten.

I’m not a huge fan of French toast but this is a great recipe to make the night ahead. The bread is stuffed with a creamy apple-cinnamon filling and it sits in the custard overnight. In the morning all that needs to be done is brown the bread on both sides stove-top, then it goes into the oven for a short time to warm up.

I suppose it’s not Easter without colored eggs. But we don’t have kids and I don’t have the patience to color eggs. However, I don’t mind having hard boiled eggs around, so I made what I’m calling Hipster Easter Eggs. That’s just hard boiled eggs with funky temporary tattoos applied to each one. I used Tattly cooking-themed tattoos – kitchen utensils, a mixer, Bundt pan, oven mitt.