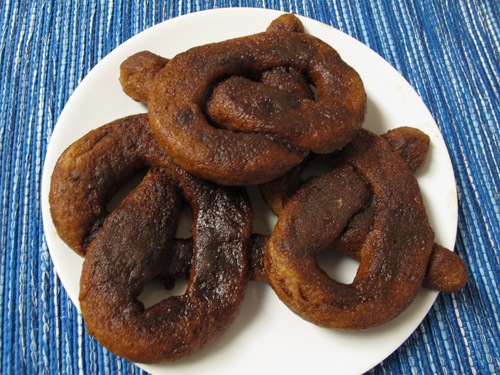 I’ve never made pretzels. I thought they were one of those things you can make at home, but they’re never as good as those hot street pretzels you get in New York City, because they need to be dipped in lye.

I might have been right, although I think maybe I did something wrong.

My dough turned out really well. Beautiful, and easy to work with. As I shaped it into pretzel shapes, I started to get excited and hopeful. Finally! I’ll have pretzels at home.

The lye bath in this recipe is replaced with a baking soda bath instead. This is a fairly common step in making pretzels at home, sparing the cook from having to deal with lye, which somehow seems very scary.

I had some issues with the pretzels in the bath – a few started to break apart, but I got several perfect specimens.

The pretzels go into the oven, and then come out brown and smelling perfectly pretzel-y. Melted butter and cinnamon sugar top the warm pretzel, and then it’s time to taste.

My pretzels tasted like baking soda. Awful! I did a bit of research and found this article by Howard McGee – an interesting take on it, he suggests cooking the baking soda in the oven first to bump up the alkali, then boil the pretzels for several minutes in 2/3 cup of baked soda with 2 cups of water. THEN he says to rinse the pretzels before baking.

Alton Brown’s pretzel recipe uses 2/3 cup of baking soda to 10 cups of water, but only a 30-second boil. I’m interested in experimenting some more with this (starting with a new box of baking soda just to be safe). 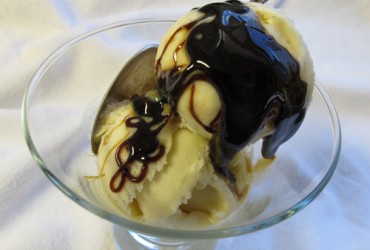 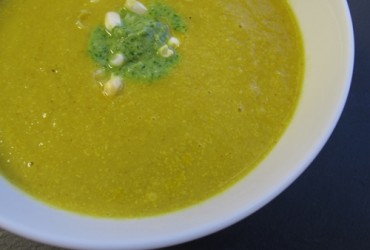