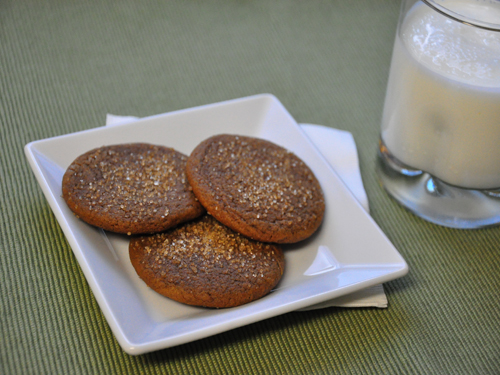 There’s molasses in the batter – and rum! – but the spice is very subtle. The dough is very soft and a little tricky to roll out. A professional baker recently told me that their secret to thick, chewy cookies is to give the dough as much flour as it can take. I’ve been a little more flexible with flour in cookies ever since.

The dough was pretty wet before it went into the refrigerator, so I gave it some more flour. If I was smart I’d actually keep track of how much, but I just added enough until the dough looked right. Not too dry, because it was going to sit in the refrigerator for a bit.

It rolled out fine – still a little sticky, but nothing a dusting of flour couldn’t fix. I had to roll out small sections at a time, because the dough got very soft very quickly, and it made it hard to work with otherwise.

I think I like the chocolate ginger molasses cookies a little better, but these are a nice cookie. They’re pretty, especially when cut into identical circles and stacked (they make a nice gift). 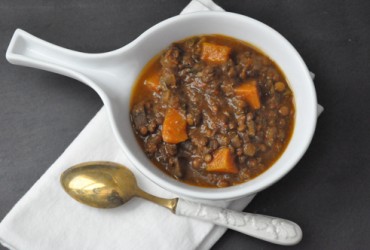