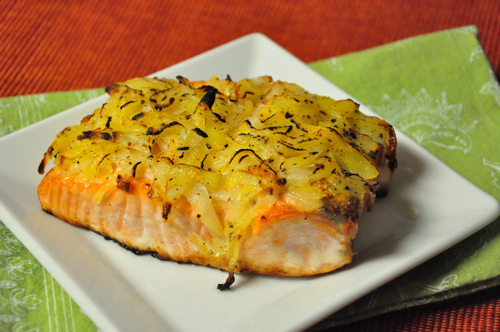 This is a recipe from a very old issue of Fine Cooking, published seventeen years ago. I’ve made two other recipes from this particular article on making a crust for fish, and both were really good. This one is, too.

We got salmon from our seafood CSA. Normally we do a simple Asian-influenced marinade and then just grill the fish. But this time, I slathered it with horseradish, then topped each fillet with seasoned grated par-boiled potatoes. And that’s pretty much it. It goes into the oven until it’s done.

There’s just a bit of prep work for this – the potato needs to be boiled until it’s just tender, then chilled, before it’s grated. But it can be done well ahead of mealtime, which makes this a great choice for a weeknight dinner. 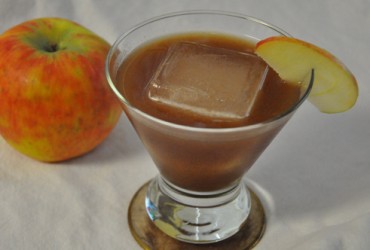 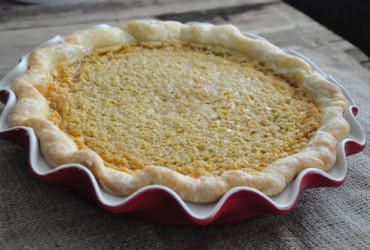