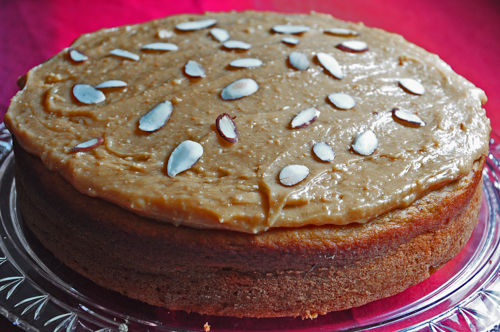 I should preface this post by saying that despite my low success rate baking out of Baked Elements, I still love the book. The concept is terrific, and Matt and Renato take chances on flavors that are unique and sometimes risky. No matter what, it’s fun to bake out of all of the Baked books.

This cake might fall in that camp. Pumpkin almond cake isn’t bad, although I think I slightly underbaked mine. It’s a simple snack cake – a single layer, topped with an almond butter frosting. Larry liked the cake plain.