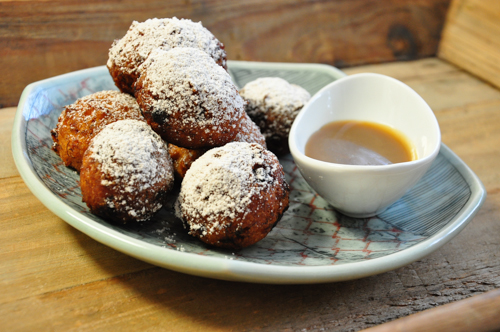 You read that right. Banana fritters. The foster part of the title means rum, and it’s in the form of a tasty rum dipping sauce, which is also delicious eaten by the spoonful.

This is another one of those recipes I wouldn’t have made if it weren’t for Baked Sunday Mornings. There’s no obligation to participate every week, but after more than two years of making every single recipe, it’s kind of hard not to.

Fritters are fried, but I’m not afraid of frying. The batter is simple to make, just some mashed up bananas and flour, along with spices. And rum, of course. I didn’t use banana liqueur, because I didn’t have any. I have a pretty well-stocked liqueur cabinet, but banana isn’t a flavor I really want in there.

The fritters are light and flavorful, not too strongly banana. I used a small disher to portion out the batter. If the portions are too big, the middle of the fritter won’t get cooked before the outside is very dark brown. Smaller fritters are the way to go here.

It’s my opinion that the fritters are really just a vehicle for the rum dipping sauce, though. Sugar, cream, rum… and more of that banana liqueur. I’m still not buying it. I used vanilla extract instead. 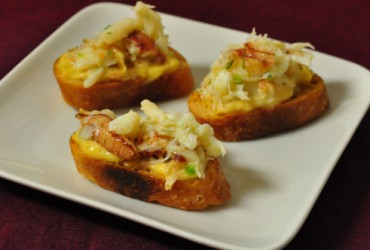 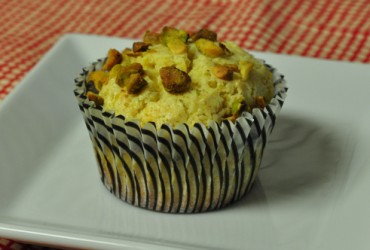