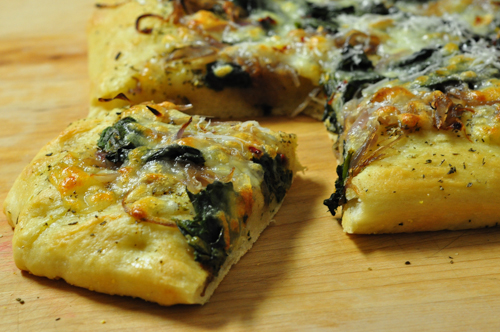 We took a savory turn for Baked Sunday Mornings this week. I like focaccia a lot, but I was skeptical because of all the stuff on top. I tend to like my focaccia plain, maybe brushed with melted butter and lots of salt.

This really didn’t take a lot of effort, and the dough is really nice to work with. There’s a bit of rising time, but I was still able to make it on a weeknight.

It’s delicious, with herbs and cheese and caramelized onions and some spinach. All of the toppings work really well together, but it’s the bread itself that really shines.

You’d think with all that stuff on top that the focaccia would only be good right after it’s made. But few minutes in the toaster oven, and it’s as good as it was the night I made it. The bread is so light, too. I can’t stop eating it. 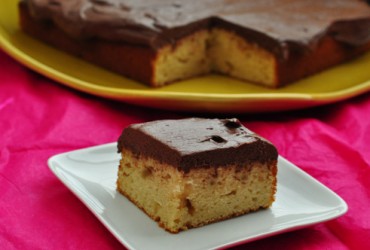 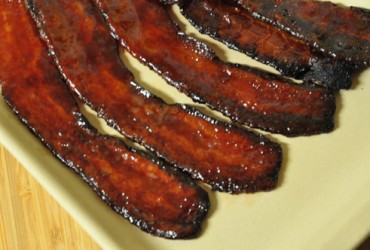