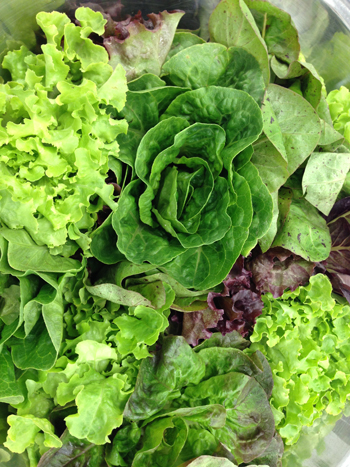 I’m only three weeks away from finishing my culinary school coursework. Wait, what? Three weeks, that’s it? I can’t believe how quickly it’s flown by. The short update: I still like washing lettuce, I hate culinary school practicals and asparagus, and I haven’t lost my love for baking.

And we got our externship assignments.

Our first module covered the basics – sauces, soups and stocks, eggs, vegetables – and culminated in an exam and practical. We didn’t know what to expect, really. The written exam was fine – I know the material and am a good test taker. But the practical! It was awful and stressful and I felt like I was going to vomit the entire time.

We were split into two groups, half of us in the morning and half in the afternoon. My group started at 9am – first up, knife skills. A cup each of carrot, celery and onion, cut into a perfect 1/4″ dice. We had ten minutes and no one finished. And my dice was definitely sloppier than usual.

The second part of the practical was about two hours long – we were given a sheet of paper with three paragraphs. First: make a salad using endive, frisee and orange supremes; use the orange juice (plus another acid if needed) to make a vinaigrette. Put the salad up at 11am. Next: make a veloute soup using a pound of root vegetables, and a garnish of 1/4″ croutons. Put the soup up at 11:15am. Last: make a sautÃ©ed chicken breast with a tarragon pan sauce. Serve with turned, glazed carrots and blanched green beans. Put the chicken up at 11:30am.

There was a basic recipe for the chicken. It included ingredient amountsâ€¦. and instructions such as “make a veloute sauce”, so I needed to know the process for making a veloute sauce given the ingredient proportions. Other things that I had to know: how to make a balance vinaigrette, plating, how to make a creamy root vegetable soup (and how to correct something like a too thick, too sweet soup – i used parsnips and ended up having to make corrections), how to glaze carrots and blanch vegetables, how to tell if a chicken breast is done but not overcooked, and how to make a pan sauce.

I started by making a quick prep list, and immediately decided that my soup needed to be done first. We were being graded not only on the final dish, but also on how we worked – cleanly, efficiently, safely.

My soup was fine, but still a little too thick and sweet. My croutons were great. I used the wrong oil in my vinaigrette. My chicken was cooked perfectly, but my sauce was a little thin and I didn’t put enough on the plate. My green beans were fine, but my carrots – ugh. I burned them. But only the outside. So there I was, scraping burnt bits off the outside of my carrots. I tasted one, and it was underdone, so it went back on the stove. When I served them, they were still underdone inside despite being too done on the outside. I got my salad and soup up on time, but no one in either group got their chicken up on time.

The practical was soul crushing. I hated every minute of it and it took me several days to recover. I emailed Emma and Cheryl for sympathy (they both confirmed that practicals suck). What I discovered, though, is that they’re supposed to be stressful. They’re supposed to be a stretch and are meant to expose your strengths and weaknesses so the instructor has a better read on what you might need help with.

We spent a few weeks on proteins – fish, poultry, lamb, beef, pork, offal. Fish is fine, although I could use some practice fileting. I don’t like the smell or texture of duck unless it’s confit. I’m fine butchering lamb and beef, although I don’t like lamb either. Working on pork was amazing. We had the most beautiful half pig from 4505 meats, and learned to break it down from one of the butchers there. There wasn’t anything I liked about offal, but I took a bite of every single thing we cooked, and nothing was terrible. It’s more of a texture thing for me. And sometimes visual, or smell – like lamb tongue. OH! And I tasted my first ever pork cracklin (there was very little of our pig that went to waste). It tasted okay, but it’s not something I’d willingly eat again.

We had a bunch of awesome chefs from great restaurants come in as guest instructors – at least once a week there’s a guest in with us, or a field trip (or sometimes both). We took field trips to Monterey Fish, Golden Gate Meats, and Mariquita Farm. I particularly loved the farm and our day making pizza with the chef from Pizzeria Delfina.

The chef from Perbacco came in and did a charcuterie workshop. I missed out thanks to a raging case of pinkeye (I was banned for two days!), but our pantry at school smells like salami. And I got the chance to make pork sausage the next week.

We spent time on rice, which was interesting since I’m allergic. I didn’t eat a lot that week. I loved working with grains and beans, though. Fresh pasta was a favorite for just about everyone, then we moved into yeasted breads, pastries, gelato and ice cream and cakes, and finished up this week with puff pastry, pies and tarts.

Our midterm took place two weeks ago – same format. The written exam and practical are on different days, which is good, since both are kind of grueling. For the midterm practical, there wasn’t a knife skills portion this time, but we had to turn in our prep list (we were given ten minutes to create it that and a timeline).

We started with a cold salad of blanched asparagus topped with a salsa of preserved lemon, shallot and oil. And sprinkled with chopped hard boiled egg. Well, the instructions were to top it with mimosa, so if you didn’t know what mimosa was or how to prepare asparagus (trim the ends off, shave a bit of the stalk), you were in trouble. The second course was my nightmare. But I predicted it – make a risotto. There was a simple recipe so we didn’t need to know proportions. I had to rely on my classmates to taste my dish for seasoning and doneness. The last task was to poach a fish fillet in court bouillon and top it with a dill buerre blanc, served with batons of cucumber that had been lightly sweated in butter.

I knew that the things that would take the longest were the buerre blanc, the risotto, and the court bouillon, so that’s what I started with. I almost burned my buerre blanc but was able to rescue it. I had to strain out my shallots because they were a little dark, but I was happy with my recovery. My asparagus salad went out on time and was fine, except my asparagus could have been cooked a little longer. Have I mentioned that I hate asparagus? Yeah.

The risotto turned out surprisingly well, although it was slightly underdone. When our instructor and the founder of the school were tasting my dish, I approached and reminded them that I wasn’t able to taste it. Oops – our instructor forgot about my rice allergy. But I learned how to do a smear test on the grains to determine doneness. And my fish was perfect – sauce, cucumbers, and it was on time. Whew – what a relief. It still sucked. I still felt like I was going to throw up.

We had another meeting to discuss externships. I’ve had crushed on a dozen different restaurants, but in the end I didn’t give a preference for where I was going – I just told the founder and director of admissions that I trusted that they’d put me somewhere that would be a great fit. My only two requests were: please don’t place me at an all-rice restaurant, and I wouldn’t mind spending some time in pastry.

I predicted that I was going to Absinthe. I was wrong – I was placed at a restaurant that wasn’t even on my radar because it wasn’t on the initial list of options. But oh man, is it a perfect choice: Bar Tartine. BAR TARTINE!!! The food there is really interesting and exciting, and our pickling and fermentation workshop was taught by Cortney Burns, one of the chefs there (she’s really great and I can’t wait to work with her).

I have an idea of what I’ll be doing – hopefully some of everything, but definitely some work on their pantry program (they make an incredible number of products in house), and I’ll spend some time learning the stations on the line.

My classmates all got placed at fantastic restaurants, too: SPQR, State Bird Provisions, Coi, Pizzaiolo, Delfina, Locanda, AQ, Betty Zlatchin Catering, Nopa, and Flea Street Cafe. We start at the beginning of May, and are required to complete 240 hours. I can’t wait. 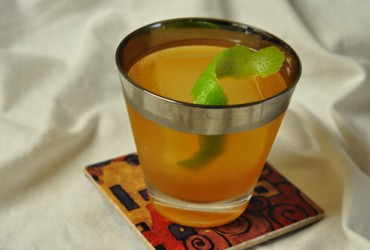 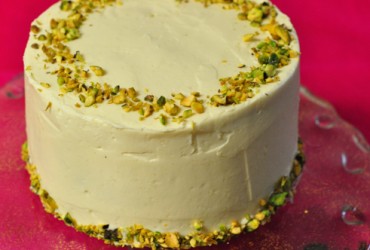