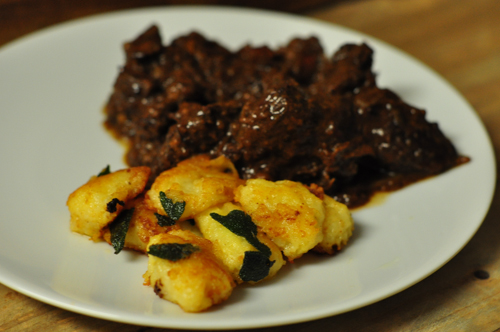 What I’ve found most ironic about going to culinary school is that I rarely cook at home now. I don’t have the energy or appetite during the week, and weekends are more about recovery than anything else.

Still, there are a few dishes we’ve made in class that I really wanted to try to duplicate at home. First was this estouffade – which is just a fancy way of saying beef stew. And potato gnocchi, which I still am learning and have yet to make well outside of the classroom.

There are a lot of recipes out there for estouffade – particularly in any resource on French cooking. It’s a beef stew in the best sense, if you ask me – just tender chunks of meat in a rich brown gravy. The meat is braised in some sort of flavorful liquid (I used a mixture of wine and stock).

Then, potato gnocchi, which is just the flesh of starchy potatoes mixed with salt, eggs and flour. The moisture level has to be just right or the gnocchi will turn out gummy. The amount of flour to add is never the same – it changes based on the potatoes, and the trick is to just know your dough and what feels right. I still don’t quite know, but after boiling the gnocchi in water and then sautÃ©ing them in butter and sage, they turned out alright – and they’re perfect with the beef stew.

I used methods and recipes from culinary school for dinner, but there’s a very similar James Beard recipe for estouffade at Epicurious, and the gnocchi recipe on Fine Cooking is a really great one. 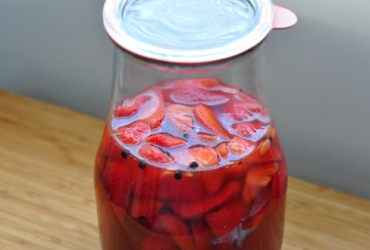 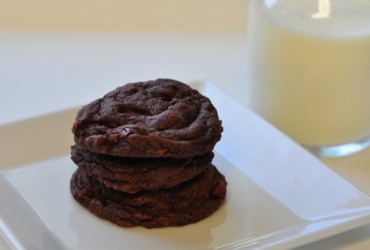