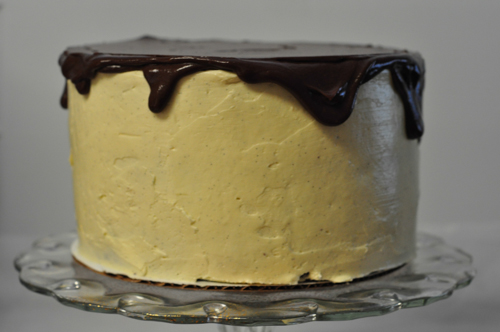 I love the frosting – it’s a departure from the standard Baked frosting, which is delicious but has been known to break hearts. I’ve never had any issues with it, but this is an Italian buttercream, my most favorite buttercream ever. It’s silky and light, and it’s pretty forgiving. It has a tendency to look broken at some point in the mixing process, but the solution is to just keep adding butter.

I went slightly off-recipe when it came time to decorate. The frosting is only supposed to go between the layers, and then the chocolate glaze goes on top (and drips down the sides). I wanted a cleaner look and there was plenty of frosting, so I frosted the sides and top, then used about half of the glaze on top.

I brought the cake to a brunch yesterday. It’s good – looks more spectacular than it tastes, but it’s a solid chocolate cake. The buttercream is outstanding. 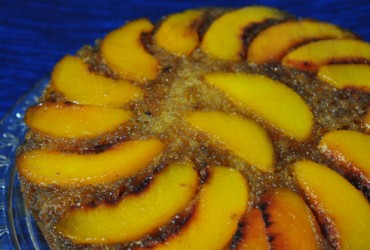 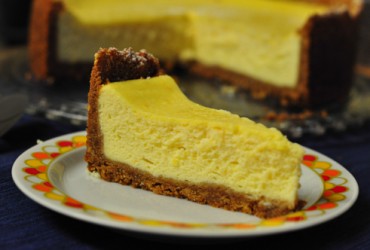