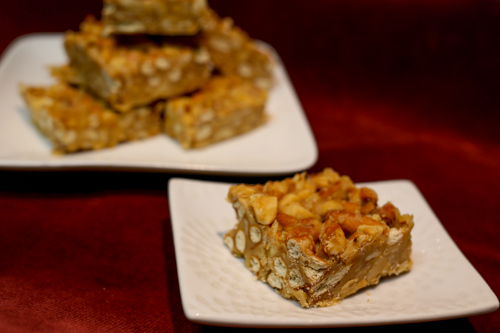 Initial reports from the other bakers on these bars (which aren’t actually baked) were mixed, so I was skeptical. Plus, they’re a big jumble of peanuts and peanut butter and white chocolate and pretzels. I’m not someone who likes a big jumble of stuff mixed together. And ew, peanuts.

I didn’t expect Larry to like these, either, since he usually doesn’t like peanut flavored desserts. But I made them, and as I was cutting them into squares, we kept snacking on them. They’re addictive. I like them, strangely enough. They’re salty and crunchy in just the right way.

I inadvertently made one modification to the recipe, which I think may have been for the better. I was short a couple of ounces of pretzels, but I still used the full amount of everything else. The recipe didn’t quite fill up a 9×13 pan, but it really wasn’t an issue – they didn’t ooze all over after I propped them up. I ended up with nicely flavored bars that didn’t crumble at all. 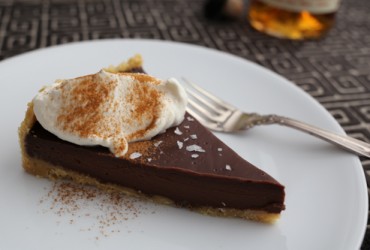 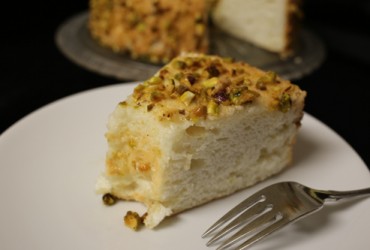