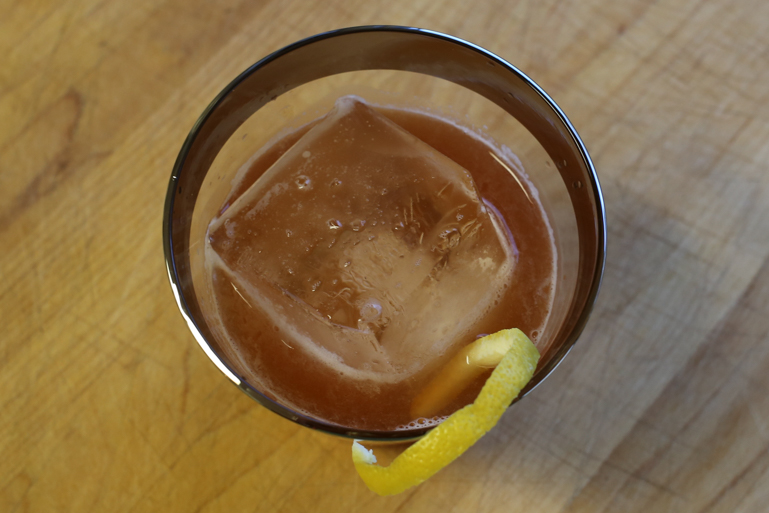 In Part II of this series on rye, I mentioned that I was going to write about an unusual cocktail that includes balsamic vinegar. I turned to a drink developed by the bar manager at Peels in NYC, the New York Shrub. It sounds odd, but makes sense – cocktails are best with a hit of acid to balance out the sweet and bitter flavors. In order to intensify the vinegar, it’s first boiled down into a syrup. Lemon juice adds brightness, and a bit of simple syrup as a counter to the tart vinegar. The result is a dark, delicious drink that’s perfectly balanced. The rye plays beautifully with the balsamic vinegar – it’s become one of my preferred flavor pairings. Bold and unique, I could drink this every night. I think it lends itself more to a cold night, but there’s something refreshing about the bracing tartness of the vinegar.

Next I returned to an old favorite, the Stone Fence. Actually, this is adaptation of an adaptation of a Stone Fence. I’ve taken some liberties. In Part I, I mentioned how I tend to think of rye in terms of winter flavors. This is the embodiment of that idea. With reduced apple cider, maple syrup and a ginger garnish, this drink almost demands a to be consumed on a cold night in front of a warm fire. As much as I love it, it’s best saved for another season. One of the reasons I wanted to make it now is to compare how the Templeton Rye performs in a more traditionally rye-based cocktail versus something less customary.

For my last rye experiment of the night, I made Imbibe Magazine’s La Yapa. This is a return to a more tropical-themed drink, with falernum and grenadine. Bracing Fernet Branca gives it a bit of a bite, but it works fairly well – I’m becoming convinced that Templeton Rye has an affinity for bold, unusual flavor pairings. I like this drink less than the previous two, but more than last night’s Two Stone.

A last variation on rye cocktails is to batch up several servings, and then place it in an oak barrel for a period of time. I won’t go into too much detail here, since I wrote about the subject at length previously in my post on a Barrel-Aged Vieux Carre. The primary guidelines for barrel-aging cocktails are that they shouldn’t include citrus juices, and the smaller the barrel, the less time it should spend aging (it’s a good practice to taste the progress daily). I can say that three months after bottling the aged cocktail, it’s still terrific. And it’s great to be able to pour myself a drink without having to go to any more trouble than popping open the bottle and pouring.

After all of this experimentation with Templeton Rye as the starring ingredient in cocktails, I can’t help but think it would also be wonderful as a supporting flavor in low-alcohol cocktails – with a primary base of port, or sherry, or vermouth. I can’t wait to get back into the kitchen for more investigation.

Given the name of the blog, I can’t end this series without mentioning the Templeton Rye Heritage Pork Project. They raised Duroc pigs, which were fed a diet spent grains from the Templeton mash. The pigs were slaughtered this summer, but I hope they continue the program because I’d love to do a backyard pig roast. 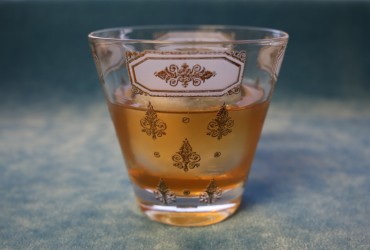 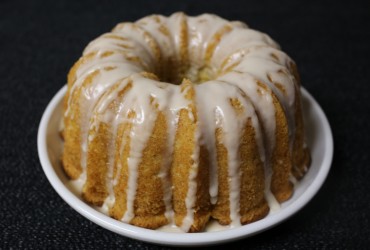