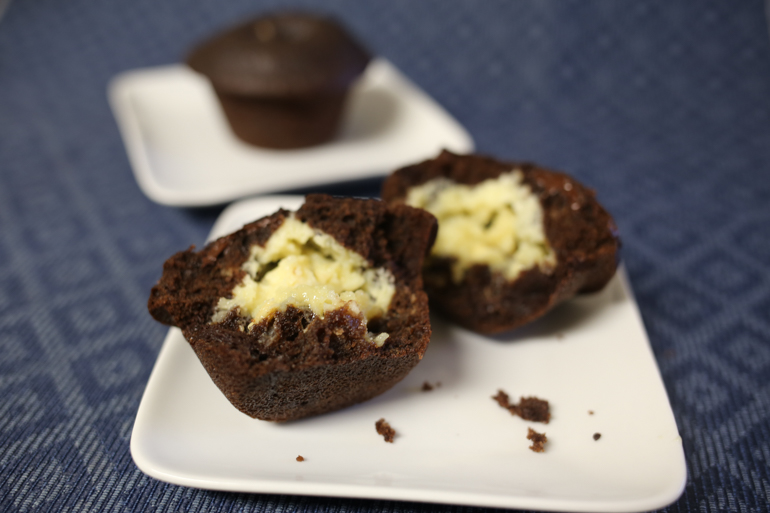 I like these muffins, don’t love them, but they’re pretty good. They’re intensely chocolate, with a hit from a generous amount of chocolate chunks in the batter. I’d almost venture to call these a cupcake. They’re close, but don’t have the fuss of needing frosting.

There’s a surprise inside, too, which I think is the best part – a cheesecake filling. The filling is also spiked, with chunks of milk chocolate that add melty, creamy bits to the dense cream cheese.

My muffins turned out fine, other than a few of them cratering on top. And I think I used too much filling in them, because I had enough for a dozen muffins, but then I still had enough chocolate batter for six more straight chocolate muffins. No matter, the chocolate ones are good too – especially when, as suggested in the recipe headnote, they’re sliced and lightly toasted. 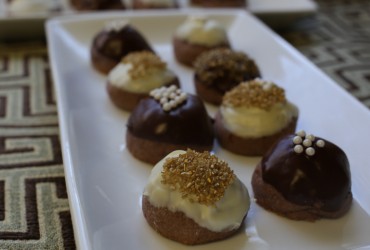 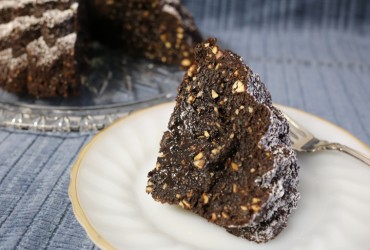