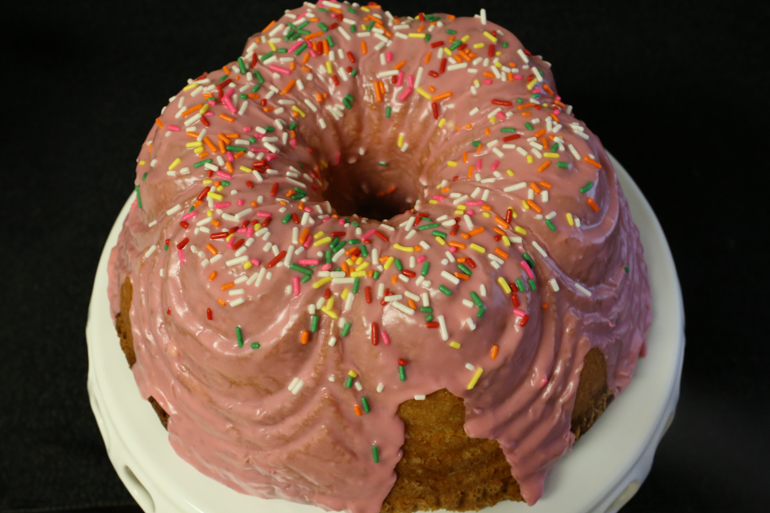 My dad sent me a new Bundt pan for Christmas – best dad ever, right? Not only that, but it arrived the same day I was making this cake. Timing!

So, the cake. It’s a pretty standard yellow cake, but with some coconut milk and a bit of coconut extract (which I make – super easy and much better than anything you can buy). But only half the batter goes into the pan, and the other half gets mixed up with some melted chocolate, cream cheese and shredded coconut. And another egg, for a bit more richness. The modified batter goes on top of the first batter, then bake.

I have a couple of notes for this. I made it in a 10-cup Bundt, but I think it would be better in a 12-cup. There’s a lot of batter, and it came precariously close to overflowing. The second issue is that because there’s so much batter, the cake forms a bit of a lip at the top of the pan, and when the cake cools and settles, the lip holds and the chocolate coconut later starts to crack and becomes unstable. I wish I would have immediately loosened the top of the cake from the pan.

The frosting is delicious – white chocolate coconut. I almost didn’t make it pink. I was thinking white, with white pearls on top, but I gave in to the siren song of pink frosting and sprinkles, and I’m glad I did. I love that this cake looks like a big doughnut from Lard Lad.

The cake is delicious, even though the chocolate layer is delicate and a bit unstable. My coworkers went a little crazy for it and someone even told me it’s the best thing I’ve brought in. I don’t completely agree, but it’s pretty freaking good. 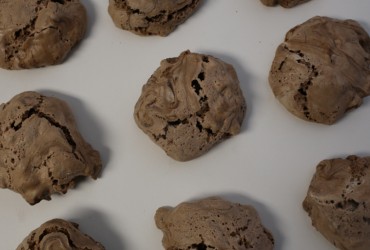 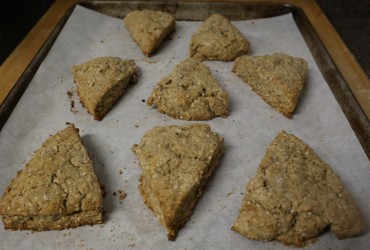