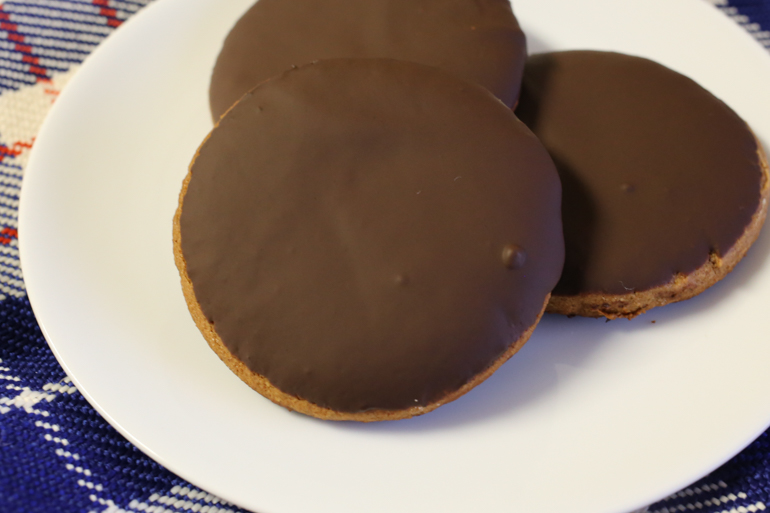 We’re wrapping up the last few recipes in Baked Occasions for my long-time online baking group – this will be the third book we’ve baked all the way through in the almost seven years since we started. Seven years!

The second to last recipe on our schedule for this book is lebkuchen, a German spiced cocoa cookie with a chocolate glaze. It’s a Christmas cookie, that ended up on our schedule in August, because sometimes you just can’t get all of the recipes to line up perfectly to the seasons.

Given the seasonality of the cookie – there’s one ingredient that’s been impossible to find in stores: candied orange peel. I could have ordered it online if I would have planned ahead (I didn’t), or made it myself if I had time (I didn’t), so instead I used orange zest from two oranges plus a bit of orange flavoring.

Other than that, these are pretty straightforward. The spices are quentisentially Christmas-y. There’s some ground almonds in the dough to add nuttiness.

I have one more cheat that I employed – instead of making the chocolate glaze with powdered sugar and cocoa powder and milk, I used a leftover chocolate glaze that I had from a recipe testing project a couple of weeks ago. It’s made with melted chocolate and tapioca syrup so it’s slightly different than what’s called for here, but it was a good opportunity to use the leftovers. 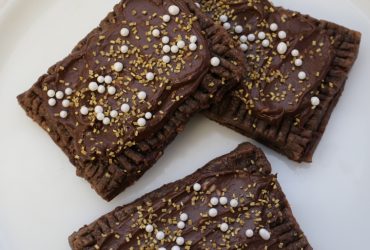 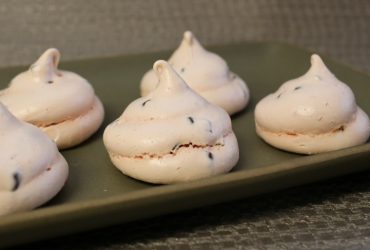