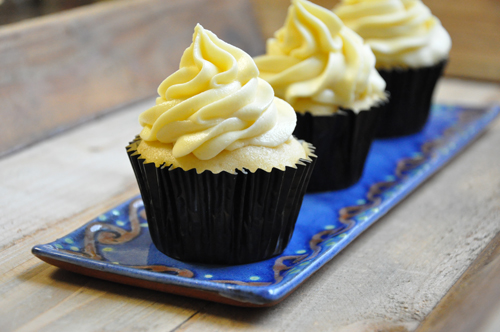 I have some really delicious white chocolate from Amano, but I don’t recommend it for the faint of heart. It’s totally persnickety and doesn’t melt nicely. White chocolate is difficult enough to melt as it is – use a double boiler, gentle heat, not the microwave.

There’s white chocolate in both the cupcakes and in the icing. I used Amano for the cupcakes, but Valrhona for the buttercream, since I wanted to be sure it was smoothly melted.

The cupcakes are moist and seem more like a muffin than a cupcake. I piped in some decent raspberry jam I bought at Whole Foods, but Larry complained – there wasn’t enough jam in there, and the raspberry Inna Jam he’s been eating is much better. I agree. I just didn’t want to blow our pricey Inna Jam on the inside of cupcakes.

The frosting has some butter, but cream cheese adds stability. I’m a fan of a frosting like this – the white chocolate adds a nice flavor. The recipe can be found at WOR 710. 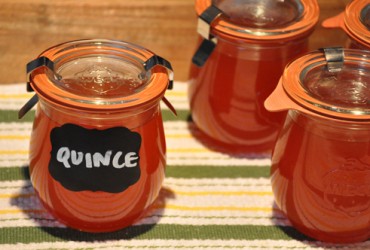