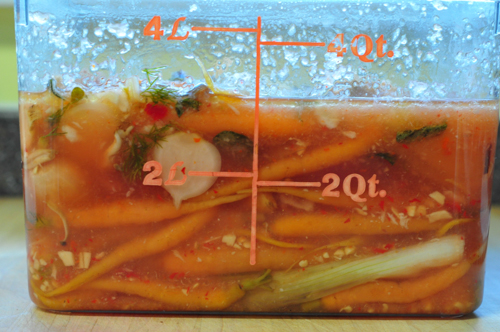 I learned how to make escabeche in culinary school, and I immediately fell in love. Escabeche is also a Mediterranean fish dish, but it also refers to the acidic marinade. In this recipe, vegetables are quickly seared before they’re added to the brine, resulting in a flavorful pickle.

I use a basic brine of vinegar, water, sugar and Kosher salt. Then, I blend a bit of the brine with aromatics – garlic, herbs, peppers, onions, ginger. I don’t follow a particular recipe – instead, I use whatever I have on hand. Sometimes it’s fresh peppers, other times it’s dried pepper flakes. No ginger? That’s okay. I use onion, scallion, and shallot mostly interchangeably. Before I start working on the vegetables, I mix up the brine and make adjustments to taste.

Some other ideas for the brine include whole spices – toasting them prior to adding them to the brine is quite nice. I’m partial to peppercorns and star anise, but anything complimentary to your brine and mix of vegetables would work.

And then there’s the vegetables. I’d say pretty much anything works, but that’s not quite true – experimentation will tell you what works best. I wander the aisles of the farmer’s market and pick up whatever looks good and is in season. I prefer young plants – carrots are particularly good in escabeche, as are small bulbs of fennel, quartered. Small, sweet Tokyo turnips are delicious. For this batch, I used carrots, turnips, baby leeks, enoki mushrooms and small, delicate parsnips. I wasn’t crazy about the way the parsnips turned out, but everything else was terrific. I tossed in a handful of dill as well.

Once the vegetables are prepared – cleaned and cut into manageable pieces – I seared them (one variety at a time) in a hot pan with a bit of oil, until they have a nice char on them. They go straight from the pan into the prepared brine so they stay crispy. Weigh the vegetables down so they’re completely submerged in brine, and let them pickle for at least a few hours. They’ll last for a long time (months?), and the flavor changes over time.

Don’t get rid of the brine – it’s liquid gold. Once in class we used the brine as our liquid in a buerre blanc. We spooned it over escabeche vegetables that had been glazed and fully cooked on the stove-top. It was one of my favorites of the side dishes we made.  At the very least, the brine can be re-used in another batch of escabeche.

I like to munch on the escabeche as a snack (I’m a pickle fiend), but as I mentioned, it’s good cooked, as a side dish. Or used as a component for a sandwich, and they’re a natural pairing for taqueria-style food such as tacos.

Escabeche
For the brine
1 cup water
1 cup distilled white vinegar
3 T granulated sugar
3 T Kosher salt
Fresh or dried chile peppers (serrano, jalapeno, hatch, thai bird, etc.), to taste, depending on how spicy the chiles are and how spicy you want your brine (remove membrane to have less heat)
8 cloves garlic, peeled
4 spring onions, cut into 2″ pieces (or 2 shallots, or half an onion)
2″ chunk of ginger, peeled and quartered
1/2 bunch oregano
1/2 bunch dill

Make the brine
Combine the water, vinegar, sugar and salt in a large glass or food-safe plastic container and stir until the sugar and salt are dissolved. Add a bit of this liquid to a blender along with the remainder of the brine ingredients (except for the oregano and dill), and blend until the aromatics and peppers are the size of specks and are distributed throughout the liquid. Add this back to the rest of the brining liquid.

Char and pickle the vegetables
Heat 2 T oil in a large skillet over high heat. Once the oil is shimmering, but not smoking, sear the vegetables in batches, one variety at a time. Do not let the vegetables cook until soft – they should be charred but still crisp.

As you remove vegetables from the pan, place them straight into the brine to keep them crunchy. Once all of the vegetables have been added to the brine, weight them down with plates or another container filled with water to keep them submerged under the brine.

Keep the pickles in a cool spot for at least a few hours to pickle – they can be refrigerated immediately or after the initial pickling period. 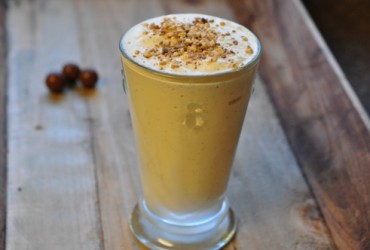 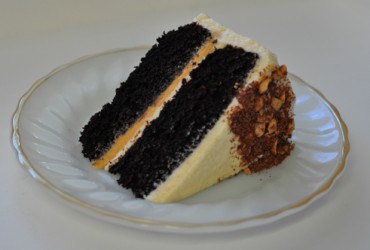