I’m generally a fan of the Baked layer cakes. They’re generally foolproof and delicious, and I’m a big fan of the buttercream. This one is a monster – three layers of banana cake, with a sweet peanut butter filling, chocolate ganache buttercream, and a chocolate glaze. Talk about gilding the lily.

This isn’t one of those cakes that can be made after work, with just a couple of bowls and an hour in the kitchen. I make the cake layers first – not overly complicated, nice and tender because the recipe calls for cake flour instead of all-purpose. I decided to make three small cakes instead of one hulking cake. I’ve found that an 8-inch three-layer cake translates perfectly to three 4-inch layer cakes. I use small springform pans that work really well.

The next night I made the filling, the buttercream and the glaze, and assembled the cakes. Even though I like the portability and smaller slices that I get with mini-cakes, it triples the assembly work. And with this cake, there are a lot of pauses that need to be taken for things to set up in the refrigerator.

I had problems with the chocolate ganache buttercream – I’m not the only one in our Baked Sunday Mornings group that ended up with buttercream that was more like… well, ganache. I had to keep chilling the frosting, then mixing it again, then chilling, until it was the right consistency. At this point, it was getting late, but I was committed.

The rest of the process was time consuming but laborious. Layers filled with peanut butter and buttercream, crumb coat, final frosting, and then the final chocolate glaze. Whew.

My three little cakes turned out very cute, and two of them went to work with me. I was traveling that same day, so I just left them in the break room with a note, but I got several emails from co-workers who gave the cake a hearty thumbs-up. It’s good, but peanut butter isn’t my thing. I’d have been happy with just the plain banana cake. 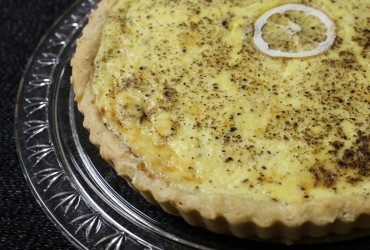 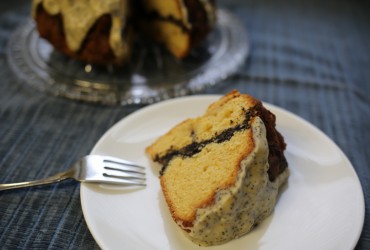