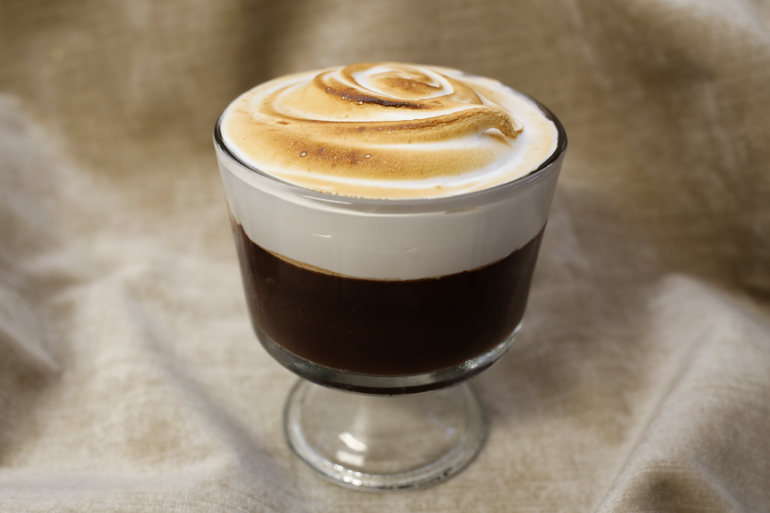 Two years, and sixty-six recipes later, and the gang at Baked Sunday Mornings has come to the end of another Baked book. We started with Baked Explorations before moving on to Elements. Baked: New Frontiers in Baking came out before the group began, but I’ve worked my way through a good portion of that book as well.

Out of the four Baked books, my favorite is still the first one. It’s the one that got me hooked on the Baked buttercream and solidified my appreciation for desserts that are homey but classic – but are anything but boring. Baked Occasions, the next book we’re tackling, is going to be great. Maybe even the best one yet.

Our last recipe in Baked Elements is an extraordinarily rich chocolate pudding. But not just a straight pudding – there’s a twist, of course. There’s whiskey in the pudding and in the topping. A layer of crisp graham cracker crumbs add texture, and topping it all off is a cloud of toasted marshmallow. It’s a s’more in a bowl.

My pudding turned out great, but it wasn’t without problems. It wouldn’t set up after it thickened on the stove (cause: too much heat for too long, or too much stirring – I’m guessing the first is the problem). I filled my cups partway and put them in the refrigerator for a couple of hours before adding the layer to graham crackers (which promptly began to sink into my still-too-thin pudding). Back into the refrigerator for another hour before adding more pudding on top, and they eventually thickened up overnight. But I didn’t have a nice layer of graham crackers.

The marshmallow topping is spiked with more whiskey (Bourbon, in my case), then torched for that campfire experience. In hindsight, I wish I would have included a smoked element in the pudding. I could have even used my handheld smoker on the topping, without impacting the final texture.

We both like these a lot, but they’re ultra-rich. I made six servings, but twelve would have been more appropriate. After a couple of bites, I’ve had more than enough. 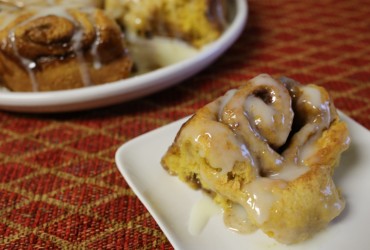 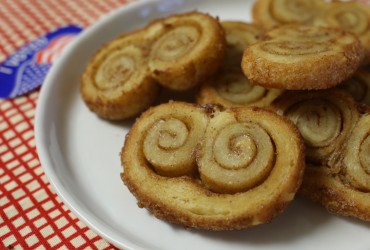