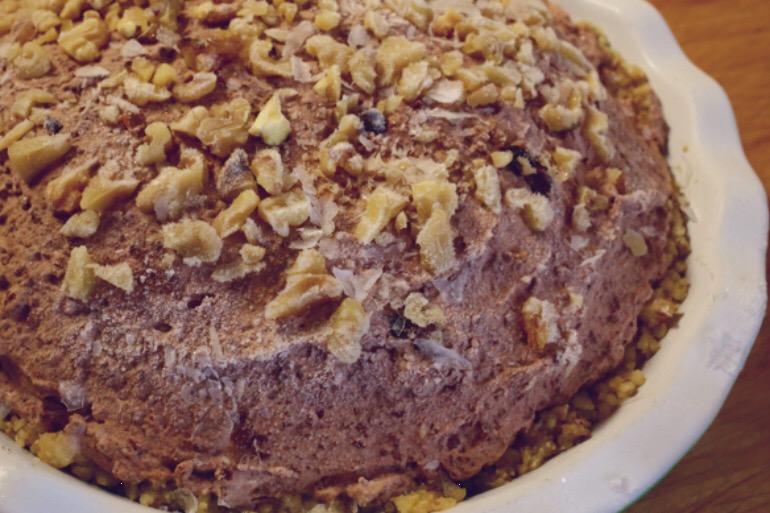 This is the second Baked Sunday Mornings project in a row that doesn’t actually require any baking. No matter, though – there’s chocolate involved again this week, and I had better luck with this frozen pie than I did with the hush puppies.

The “Swiss” in the title comes from the Swiss meringue that’s folded into a rich chocolate mixture. Oh, and there’s whipped cream in there too. It’s not a pie for the meek.

One of the other bakers made mini pies, and I think that’s the way to go with this. For one thing, it needs to be defrosted part way in the fridge a couple of hours before serving, so if you’re not going to eat the entire thing at once, it’ll start to get ice crystals if you freeze and unfreeze it. Also, mini pies would be cuter. This didn’t turn out to be super pretty. 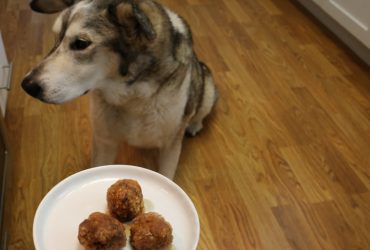 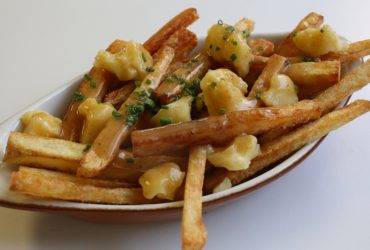 Next Article   The Ultimate Poutine